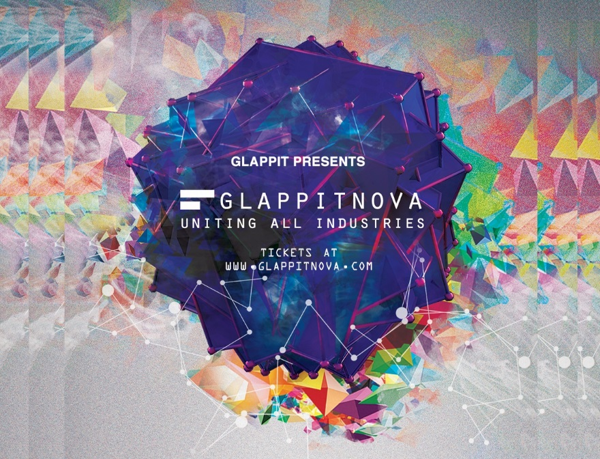 What Chicago needs is a movement – a dose of inspiration and change injected into our daily routines. Imagine young influencers, entrepreneurs, and characters across many industries all coming together to share their wisdom. Austin, Texas claims its South by Southwest fame, Eden, Utah claims its Summit Series fame – now it’s Chicago’s turn. Making its second annual appearance on July 14 – 17, Glappitnova presents the city’s most unique storytellers, performers and teachers. Wrapped up into one big party, the summit takes networking and interactive learning to the next level.

Co-Created by Nick Brown and Mike Webb, Glappitnova began as a small underground culture perfecting the concept of storytelling from different young industry leaders. Now with the expansion of the team, and activities, it’s grown into a festival bringing influencers from around Chicago together, Glappitnova is an event where people can share their stories and join a community of diverse perspectives. I had the pleasure of interviewing Nick to find out the story behind the scenes. Here’s what I learned:

The first wave of the organization, called Glappit, sought out tech talent to help build the initial product that would automatically share products, ideas, and information surrounding your location. But when building our product there has to be a physical presence which is developing the community. Reaching further – “to the stars,” as Nick says, the designation “Nova” was born. The first Glappitnova festival was held in February 2013 – a small gathering, just for a few hours, along Milwaukee Avenue. It was all about executing a small idea, and getting better the next time.

Reacting to a high level of enthusiasm, curiosity and demand, this year’s festival expands to nearly a week of performances, storytelling and learning (and don’t forget the partying!). Mark July 14 – 17 on your calendar and purchase your tickets here.

What can we expect at this year’s Glappitnova?

Come with an open mind – you’ll have a great time and walk out having learned something new. Your perception of diversity across industries will be altered once you see and hear the creative, intelligent and fun contributions of the presenting influencers.

This is an interactive festival – we’re not setting up in an auditorium. Literally fostering an open environment by hosting the event in a loft space, the audience will have the opportunity to interact and engage with the speakers.

This will be a memorable experience and no doubt you’ll have lessons to take back to your own life.

Who are the most unique or inspirational influencers you’ve worked with?

Actress and dancer Elizabeth Adler of Chicago Dance Theatre Ensemble encouraged me to be more open and accept different perspectives. She encourages us to truly see what’s around you by listening to others. This is a great lesson we can all live by.

Another influencer I worked with left his corporate lifestyle to pursue what he was truly passionate about. Having that courage to start fresh by transitioning into something new was quite the inspiration.

Now’s your chance to get to know Chicago’s young influencers – join the party this July and buy your Glappitnova tickets here before they sell out.