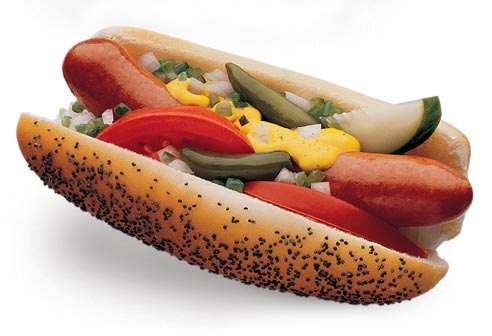 If you love food, live to eat and seek out every gourmet experience you can find, prepare to be delighted by the upcoming launch of Chicago’s very own museum dedicated to food, the Foodseum. You’ll be immersed in the history and culture that make up the food we eat each day (and even some foods you’ve never tried). While the physical space isn’t slated to open until 2018, the organization is raising funds through Kickstarter to set up a series of pop-up exhibits to keep us satisfied until the opening.

Inspired by a childhood of living abroad and traveling across Europe, Executive Director Kyle Joseph founded the idea for Foodseum. “I had the opportunity to dive into many cultures – I met people in each culture who shared themselves through food,” says Kyle. While many countries across the world form identities, cultures and day-to-day interactions centered on food, in the United States there isn’t as thorough an understanding of where our food comes from.

To fill this gap, Foodseum aims to reconnect people to where their food comes from – in a fun environment. Everything from advertising techniques to the farm-to-table journey will be explored in Foodseum’s exhibits. Kyle explains, “The goal is to engage all five senses – you’ll be able to smell, touch and even taste in the museum,” which is planned to include demonstrations and restaurant service. Expect to learn more about chocolate, cheese, coffee and so many more of the items we savor each day. You’ll be exposed to foods you may have never heard of, as well.

Kyle smartly considers Chicago the food capital of the United States. He and his team have experienced a big welcome in a culture where many agree. Because Chicago is such a great city for tourism and museum visitors, it’s the right place to build the Foodseum. Partnerships with other museums, culinary schools, architecture firms and chefs have offered ideas on how to make this the best experience possible. Several well-known chefs in Chicago have been invited to make up the Culinary Advisory Board, which includes curating recipes to share with the museum’s visitors. Showing the connection between established local food culture and the new museum will make Foodseum a mainstay in the city’s cultural and culinary world.

To satiate the palates of intrigued Chicagoans, Foodseum is working toward a pop-up exhibit featuring our classic fare, hot dogs and encased meats. To make this possible, they’re running a Kickstarter campaign – consider contributing this week as it’s only open until December 25. Contributors toward the goal of $30,000 will receive special rewards, ranging from an annual membership to the Foodseum to your very own “Foodcation” experience – a weekend full of foodie surprises with local celebrities and chefs.

“Everyone’s help will make this a reality,” explains Kyle, who is enthusiastic about sharing his passion with Chicago’s residents and visitors. Contribute to the fundraising campaign today and stay tuned for more on upcoming exhibits and the official Foodseum opening.