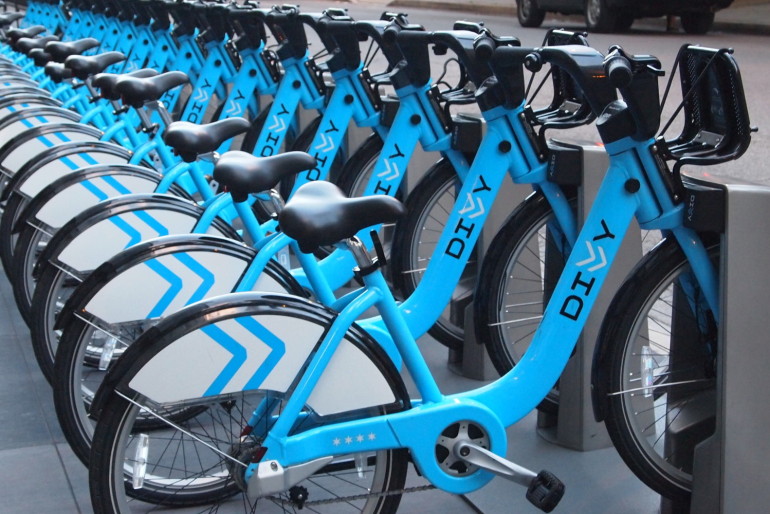 Is your favorite food joint too far to walk to on your lunch break?  Don’t like the CTA? Do you love cruising in the open air with wind breezing through your hair? Then you may consider wanting to hop onto one of those blue Divvy bikes you keep seeing in the city.

Divvy is a bicycle sharing system that started in Chicago in June of 2013. Since its inception it has grown from just 750 bicycles to now over 3,000. This week we even received news that the Divvy program is expanding with 175 new stations and 1750 new bikes opening soon (now delayed until the spring, according to Chicago Tribune). New stations are planned for further reaching areas such as: the 5th ward, the 33rd ward, the 45th ward, the 47th ward, and Rogers Park and West Ridge, says the Active Transportation Alliance.

These pretty Chicago colored bikes can fit nearly any shape and size. They also have 3 different speeds, front and rear flashing LED lights, and a bell.

We highly recommend these bikes for any Chicagoan that is on their feet daily in the city.  For just $75 a year you can get a membership, which is well worth it in the long run (especially if you are a frequent Taxi goer).  After 30 minutes of riding a Divvy you will start getting charged a small incremental fee, so if you are just looking to rent a bike for a day you can pay $7 to get around.

With Divvy, you can unlock a lot of locations in Chicago you previous couldn’t easily go visit and see.  For instance, if you work in the city and let’s say you work 250 days a year, then renting a Divvy bike can cut down a 30 minute walking commute to just 15 minutes twice per day. That’s 125 hours you are saving throughout the working year. Now is the time to explore locations you’ve never been to before such as a restaurant you’ve always wanted to try a neighborhood or two away. Of course, you’ll have the benefit of exercise as well.  The price of $75 a year now sounds a whole lot more worth it, right? Just remember to bring your own helmet, stay safe around the cars, and Divvy it up!